The INEOS Grenadiers can confirm the Team to support Geraint Thomas at the Giro d’Italia.

Thomas, who returns to the Giro for the first time since 2017, will be supported by Jonathan Castroviejo, Rohan Dennis, Filippo Ganna, Tao Geoghegan Hart, Jonathan Narvaez, Salvatore Puccio and Ben Swift.

INEOS Grenadiers Team Principal Sir Dave Brailsford said: “The proximity of all three Grand Tours is a unique challenge this year but it’s something we’ve relished. We’ve seen a thrilling, open edition of the Tour and we’re expecting to see more of the same in Italy.

“Racing in Italy is always special for us and the Giro is challenging whether you race it in May or October. You have to dig deep and withstand whatever it throws at you. With the route this year, we know it’s going to go down to the wire in that gruelling final week.

“Geraint has worked hard to get to this point and it’s been energising for the whole Team to see how he’s responded to the challenge of leading us at the Giro. He’s a true champion and I know he’s up for this fight. We’ve thought a lot about the right riders to support Geraint in Italy. We think we have a group that is really well balanced and has the right mix of skills to get the job done.”

Geraint Thomas said: “I’m excited to lead the Team again in Italy and I feel ready. It’s been a strange year for everyone but it’s great to have this big objective. The legs are feeling good – Tirreno went well and then the World Time Trial was a confidence booster for me. Now stage one is nearly here and I’m more motivated than ever.

“I’ve a long association with Italy – I’ve lived here, I’ve raced for an Italian team, and I had some rough luck the last time I came to the Giro. I’m determined to right that wrong this time around.

“We’re taking a great Team and I’ve got total faith in the guys around me. Racing a Grand Tour with Swifty again will be a pleasure – we’ve been good mates since I was 12 and he’ll be our guide on the road. Tao and I have raced really well together before, most notably when I won the Dauphine, and Filippo is obviously flying after the Worlds. Puccio has so much experience of the Giro, young Jonny Narvaez is going really well and obviously everybody knows what Castro and Rohan can do.

“The Team couldn’t have supported me any better in the lead up to this race and I know those seven guys will do the job and support me on the road. Now it’s time to fight for the maglia rosa.”

Lining up for his 12th Grand Tour appearance, Jonathan Castroviejo will look to maintain his consistent form off the back of the recent Tour de France. A five-time Spanish national time trial champion, in recent seasons he has continued to develop as a climber.

A decorated all-round talent, Rohan Dennis has shown he can climb at an elite level, in addition to his renowned time trial ability. A two-time TT world champion, the Aussie finished as high as 16th in his last Giro appearance in 2018, in addition to wearing the pink jersey.

The newly crowned world time trial champion is set to make his Grand Tour debut in his home race. Filippo Ganna has improved rapidly on the road since joining the team in 2019, adding to a decorated track career. He is one of the most powerful rouleurs in the peloton.

Continuing to gain experience and develop in the high mountains, Tao Geoghegan Hart returns for a second appearance at the Giro this year. The young Brit will provide Geraint Thomas with key climbing support across the three weeks.

Making his second start at the Italian Grand Tour, Jhonatan Narvaez arrives at the race off the back of a recent overall victory and stage win at Settimana Coppi e Bartali. The Ecuadorian is comfortable riding tempo in the mountains, and relishes fast, punchy finishes.

One of the most experienced members of the team, Salvatore Puccio has grown into a respected support rider across all terrains. He knows the race intimately having ridden six out of the last seven editions of the Giro and will be a key and calming asset to the squad.

Ben Swift will proudly showcase the British national champion’s jersey in his third Giro appearance. The Brit was one of the team’s best-performing climbers prior to lockdown, and his versatility will make him a valuable member of the lineup – providing protection on the fast, flat finishes.

After shifting his focus to the Italian Grand Tour, Geraint Thomas arrives in good form, ready to tackle a race with which he has unfinished business. The 2018 Tour de France winner lines up as team leader and will be hoping for more success at the sport’s highest level. 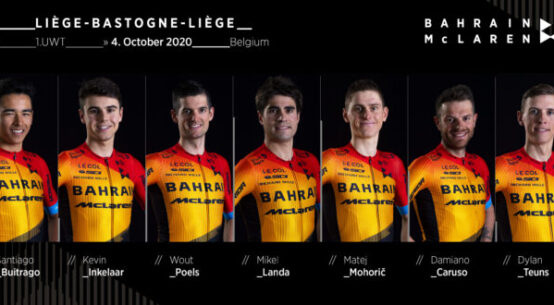 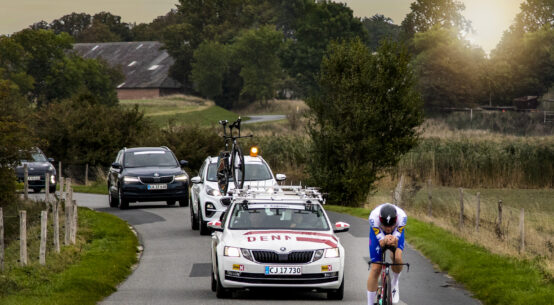 Kasper Asgreen racks up another win